Each of our Fleming Sales Specialists believe that the path to personal and corporate success is to commit to a client's best interest.

We each have the background, skills and deep knowledge of Fleming to provide service commensurate with the yacht. From your first expression of interest to a celebratory lunch long after the first season aboard your new Fleming, we will add value to the amazing experience of the Ultimate Cruising Yacht. And the service is the same, if your choice is a brokerage Fleming. The key is your best interest. In Fleming. 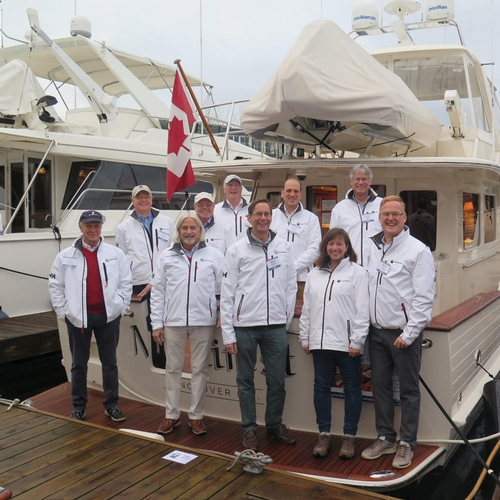 In the mid 1980s, Brian joined Roger Glassford as a partner in Grand Yachts Inc.- a solid and productive relationship that flourished for years. Brian formed the BC Yacht Brokers Association, drafting the constitution, code of ethics and initial standard form agreements. This association continues to evolve, and has served as a model for other jurisdictions interested in higher degrees of professionalism. Brian sold his first Fleming in Spain. Owned by a British gentleman, listed for sale in California, located in Porta Banus, and sold to a businessman from Denver. Since those sea trials in the Mediterranean, Brian has cruised Flemings in BC waters, including the Central Coast, and most recently, with Tony Fleming aboard "Venture" in Prince William Sound, Alaska.

Brian and Robb Butler (the owner of Grand Yachts Inc.) are both proud of the reputation that this company has established with yachtsmen even beyond the Western Canadian market. At the very heart of Brian's joy in the yacht business, are the amazing people he has come to know, all living the best moments of their lives and so many whom have become life-long clients and friends. Brian lives in Kitsilano with his lovely wife Beverly and Emma the pup, and enjoys a wide variety of interests, including extended cruising aboard Bridges, a Grand Banks 42 Europa. 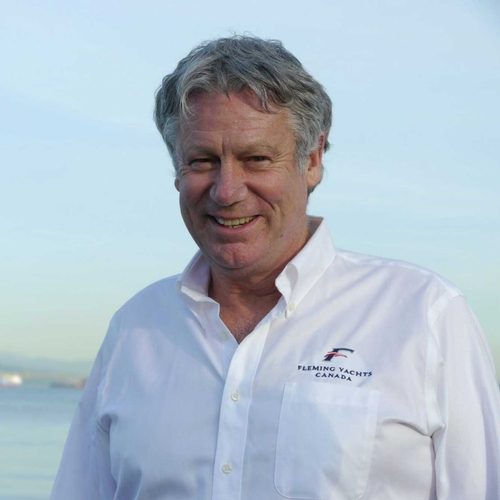 Robb Butler CPYB is the Owner and President of Grand Yachts Inc. and Fleming Yachts Canada, and has developed an enormous passion for the yachting industry, a passion which drives his success.

Robb was born in Alberta, and relocated to Cape Town when he was a teenager and where he discovered and intense interest in sailing. Sailing became a mainstay in Robb's life; he raced dinghies and competed in numerous off-shore keel boat events around the Cape of Good Hope. He owned seven keelboats and held the position of Skipper on three Trans- Atlantic Races His last race in 2009 was from Cape Town to Brazil on his own yacht, a 43' Robertson & Caine built Monte Video, which finally brought Robb and his wife, Janey, to Vancouver Island, where they now live in North Saanich.

As owner and past CEO (for more than 30 years) of a large Clothing Design and Manufacturing Company, Robb's business experience together with over 40,000 ocean miles gives him the necessary skills and expertise to guide clients carefully through the delicate stages of buying or selling, whether it be the build of a new yacht or the purchase or sale of a quality pre-owned vessel. 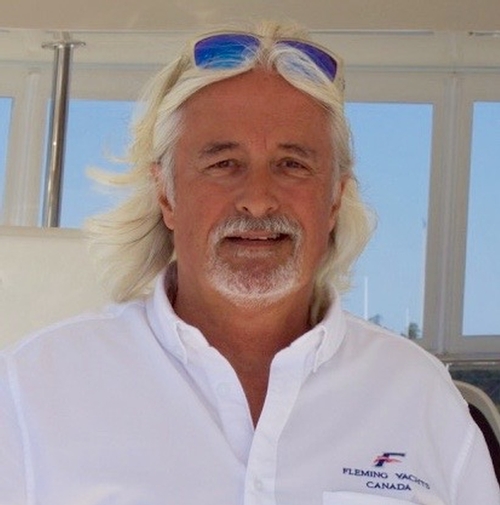 Roger Glassford brought integrity to the yacht brokerage industry. This is what we at Grand Yachts & Fleming Yachts Canada continue to strive for every day. Roger, a man for all seasons, may he rest in peace. 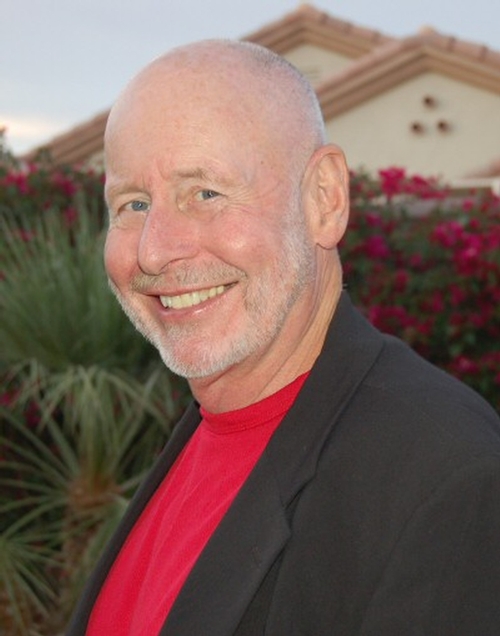